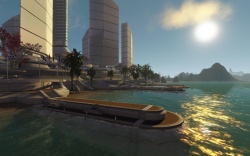 Port Atlantis in the major city on Planet Calypso. It's the place where new colonsits arrive after they went through Calypso Gateway. Port Atlantis (PA) is loacted in the Port Atlantis Area and features the closest TP to Swamp Camp.

The three corporations, Omegaton Industries, Genesis Star Interstellar and Chikara OmniWorld Corporation, have completed the major redevelopment project, rebuilding Port Atlantis on top of the walls of the original town. With towering skyscrapers, white beaches and an open marina, the beautiful sprawling city is a resort and a port of entry to the exciting Planet Calypso, the planet of opportunity and adventure! A great part of the project was geo-engineering of the island where Port Atlantis resides. It was in this phase of the project where the walls to the first Port Atlantis were found, and it was decided that a new Port Atlantis should be built at the location. Some of the old walls are still visible at the north end of the new town. Without features like Bank NEVERDIE and the Port Atlantis Mall, Port Atlantis wouldn’t really be Port Atlantis, so these were relocated to the new site. There are also new and exciting vistas to explore and hang out, and maybe even a familiar face."

Please read Port Atlantis: A study in urban design and how to improve on it by Ben Coyote

Please note: - This is a quick draft map with perspective projection distortion.

- Blue (and red) text are links!
- Anyone can add items to the map, just click edit. 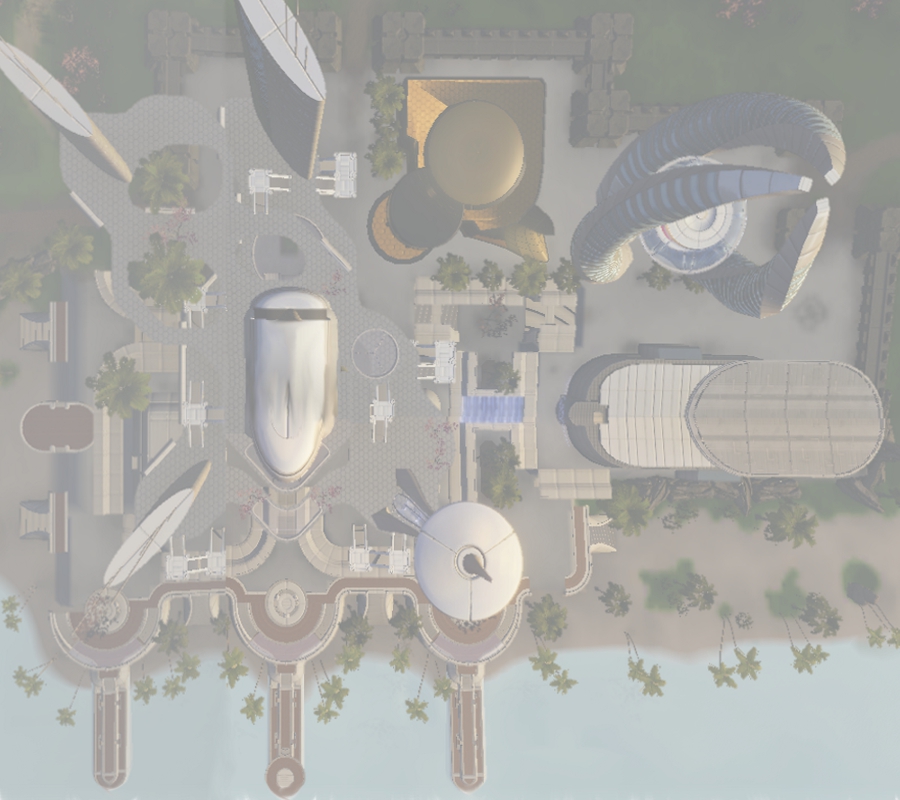 For the positons of the NPCs in Port Atlantis please refer to the Map above.

The Port Atlantis Marina was supposed to be the start and finish of the 1st Around Eudoria Cup - a boat race all around Eudoria.

North of Port Atlantis you can find The Pit wave event.

More info about this type of NFTs: Entropia Location NFTs

The original capital and trade center of Planet Calypso. Once a bustling urban environment, Port Atlantis is now left sparsely occupied due to the expansion of new cities and trade centers as seasoned population forged their way across the planet. It still remains as the iconic city of Calypso's history and landscape.