For an intro guide dealing with ingame matters please refer to Intro guide to Planet Toulan. For current ingame information please refer to this thread: http://www.entropiaplanets.com/threads/planet-toulan-info-creatures-tps-etc.11351/

Planet Toulan is the youngest planet in Entropia Universe launched in February 2014 with VU 14.5. Beladcom is developed and operated by Jordanian Game Developer Beladcom and features an Arabian themed setting.

"Swamps teeming with unthinkable creatures, mountains blanketed with perilous sheets of snow, morbidly hot deserts... 600 years after an apocalyptic war, Planet Toulan is a vast world of impossible dangers and wondrous beauty, rife with history, legend, magic and opportunity. As part of the new batch of mortal Insians colonising the planet, you are here to rebuild the nation to its past magnificence."

"Having once played host to a sultanate of immense wealth and power, where mortal Insians, powerful Narians and the celestial Safians worked for peace and prosperity in an almost indestructible nation, Toulan is now only a mere shadow of its past self.

It was 600 years ago that an apocalyptic war, caused by the greed of the first two races and fuelled by the fight to control Nawa, the planet's lifeforce, destroyed the majestic splendour of the land. The old bazars that once held vast riches of spices, gold, silk and swords were turned into rubble, as was the old city of Sabad and most of the planet's societies. The Insians were nearly made extinct, and the Narians were sent off of the planet, locked behind a door and kept out of Toulan.

To make the planet whole again, the Safians began to rebuild the continent, a process that had to start with the rebuilding of the Insian race. The Safians came up with a technology that allowed them to bring to life individual Insians, incorporating into each person a Nawa Core to allow for the cultivation and manipulation of the energy.

As part of the new batch of mortal Insians colonising the planet, you are here to rebuild the nation to its past magnificence, travelling through vast, dazzling landscapes to hunt mobs, unearthing hidden treasures, challenging those who stand in your way, or running your own guild for the renaissance of Toulan."

"This tribal race has no special abilities and mirrors human qualities, such as love, greed, friendship, vindictiveness, etc. When the Narians are introduced to the land, the Insians fear and hate them immediately, since their race is one much more powerful, and with greater influence."

"Cosmic creatures with the ability of travelling between dimensions, Narians have the same need for personal gain as the Insians. Unlike the Insians, Narians are able to utilise the planet's Nawa, manipulating the energy to create awe-inspiring buildings or powerful machinery."

"The planet's half-breeds, they are the combination of the two race's greatest qualities, and are therefore the perfect beings. Safians number no more than a dozen in the kingdom, and are all fruits of royal bonds. They are emotionally detached beings, taking part in worldly matters only when it threatens to upset the natural balance of the world."

"Magician sovereign and the last to rule over a peaceful nation before the first time Narians were sent behind the separation veil."

"Viziers and warlocks who betrayed both Qumran and Sinmar and broke their oath to the sultanate for their own gain."

"Sinmar’s Safian daughter, warrior and the only one of her kind living on the planet, puppet queen to the Three Mages."

"The soothsayer who came to the aid of Qumran, Sinmar and later Nairouz, and is the constant observer of history."

"The essence of existence on Toulan, Nawa is the source of all life and the fuel of magic."

"Nawa-mutated Insians, whose level of mutation varies from minimal to sever, with some being only physically disfigured and other turned into horrific creatures."

"Toulans' Insian and Narian parliament during the time of the sultanates."

"The Safians' home on Toulan's moon, where each coloniser begins his or her journey."

"'Eclipse', the day which sees the weakening of the Narian race, as the play of light distorsts their vision."

"'The Door of Darkness', it keeps the Narians out of Toulan and holds them back in their own dimension." 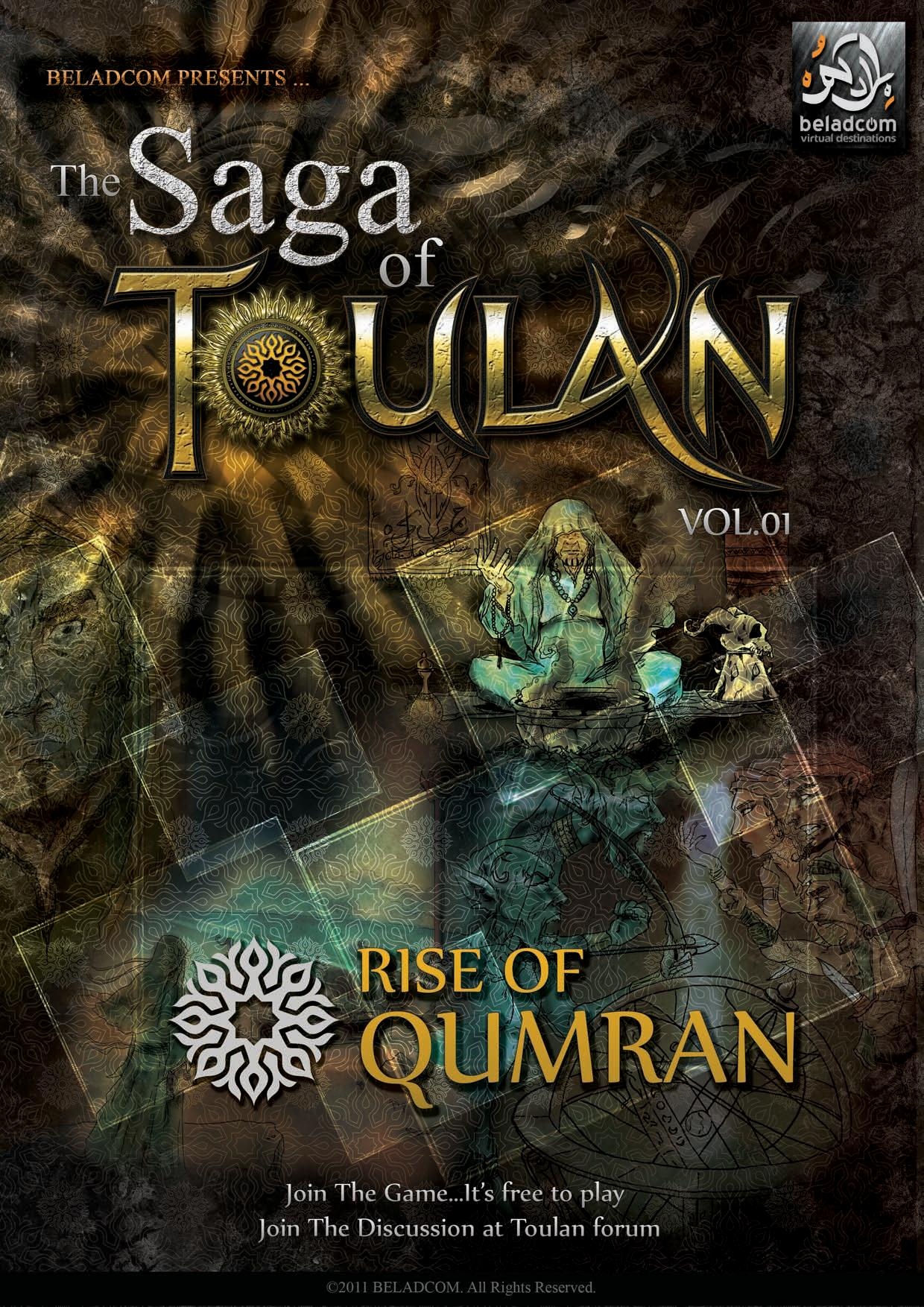 Press releases, news and magazine articles about the Arab Planet by Beladcom
2011