Please help adding content to this page or make suggestions in the forum thread:

Caution: At least 1 mission required to get to Ancient Greece seems to be broken/disabled with no plans to fix/enable it: http://www.entropiaplanets.com/threads/can-you-get-to-ancient-greece-if-you-have-not-been-there-before.18589/

NOTE: even though that mission is broken, you STILL can get to Greece. You just have to go directly to the cave with the time travel crystals, and bypass the missions before that.

Go to the crystal new arrivals tp, and you will receive a scuba diving suit. Do the quests, in the third quest you will receive 3 time crystals from a droid called mary. Once you have the crystals, my advice is to put all your belongings in the storage on next island. Maybe buy some ice daggers from the auction, you will be able to hunt bigger mobs with these, Although you cannot use armour and big cyclops hit 50-60 ish.Also you can only use the herb box for a fap, which heals 12-16 dmg at 27 reload. There is one major advantage to ancient greece mobs: they do not regen! so you can keep dieing and coming back to finish a mob. The best thing you could do in Ancient Greece, is go with a couple of friends. That way you can team up using the tt longblades and kill anything in Ancient Greece. You will find there are not a lot of people on next island and the economy does not work.

Once you made your mind up on what to bring, go to the cave entrance (mary gave you the coords in a quest called meeting the gods). Time-Teleporting will consume the time crystals, but you will get another 3 from the greek "keeper" at the other side of the time-teleport. You will also receive the white toga which is a bit decayed, but can be repaired. Swim or walk to thebes the big city in ancient greece and admire the nice work the creators have done on this mini-planet. You will find a market where you can buy the swords and the herb box. note: these swords and the fap break at 50%, so bring a lot if you want to do some serious hunting. It reminded me of axe 1x0 hunting in the old project entropia. My favorite weapons were the falx and the labrys, because they do decent damage, and have the most tt value all these sib weapons are repairable and it's nice for skilling longblades. You could do the ancient greece quests and get a free weapon or start exploring. On entropedia.info is a map with all the tp's The small cyclops didn't really loot that good, the minotaur mobs loot better, but are also a bit harder to solo.

Note: When you die you get teleported to a cave, there are three of these caves in ancient greece and they have all the standard deluxe facilities like storage, trade terminal, repair terminal etc. But there is no storage outside the cave, and you cannot tp to a cave. So if you forgot to put some stuff in storage you will have to press t or die to get it done. (which is a bit annoying)

Why you should go to Ancient Greece, if you are a hunter

after a while you may get homesick or lonely ( there really aren't a lot of people in ancient greece yet) You simply go back to the time-tp with all your loot and belongings. My tip would be to buy some longblades and herb boxes before you tp back to next island and sell them tt+2 on calypso. those blades are not stackables.. so no risk of loosing them. Getting back to another planet Is the hard part. With no real economy and a minimum of players it took me three hours before a pilot landed. So make sure to sort the return trip in advance by befriending some pilots you could pm to pick you up.

Please note: Mapping is in a very early prototype phase.

There are basically two creature classes in Ancient Greece:

The 4 Minotaur Class Creatures are based on the same model and are hard to tell from each other by appearance only.
"Minotaur looks a bit bronzy in the bracers and shin guards, Achelous more silver, Bullman had a dark shiny with bluish sheen like gunmetal, and Asterion looks similar but maybe less bluish, polished iron or something. They seem to have different colored fur heads but the basic model of outfit and tatoos is the same." -Gretchen

The Cyclops Class Creatures are based on the same model and are hard to tell from each other by appearance only. 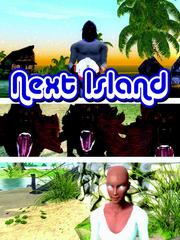