Fort Troy was built in the south east of the Cyclops volcano on the Eudoria continent. To the west there is Boreas. North has Osere. It's not very near the east coast but there some safe routes to run to the beaches. The fort is fortified with high and thick walls. There are gates in each direction and each gate has two automated gun turrets. In addition to the standard teleporter and the outpost, it also has and uplink tower, armory, crate shacks, and a 20-story building. Home to the colonial marines, they're fully trained and well adapted to the dense jungle warfare. When call to arm, they'll dispatch quickly to any outpost in the continent and beyond. There's a mysterious green mist surrounding the compound and it's clearly visible miles away at night. The regions has numerous active volcanoes. Smokes and lava can be seen several miles away. 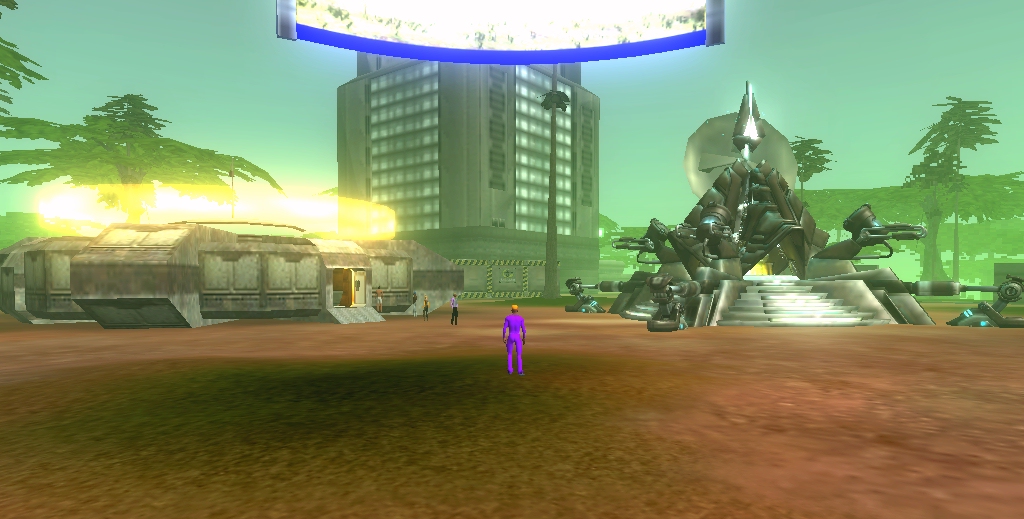