Fort Argus is home to the Entropia Veteran's Bank. Strangely, there's no turret to guard the fort. There are four gates leading to four directions. To the west, there are beaches. To the south east, there's another outpost. The settlement has two Mobile Service Centers and two uplink towers. Veterans can practice their skills in the combat ring nearby.

Nothing close-by available or not documented yet. 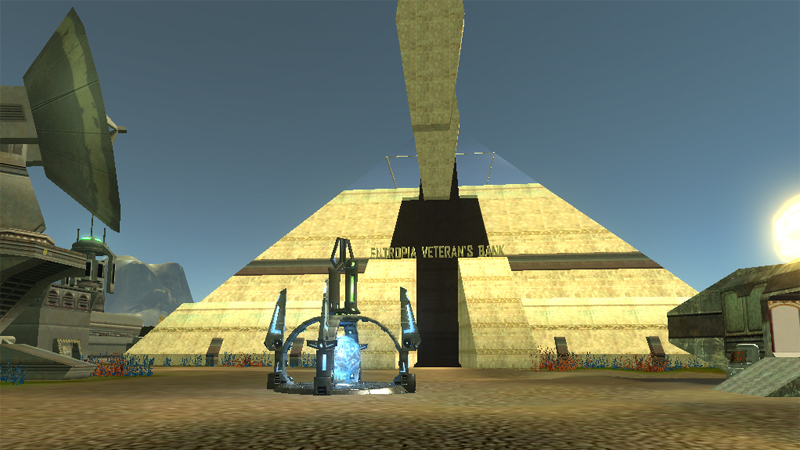 In Greek mythology, Argus Panoptes or Argos, guardian of the heifer-nymph Io and son of Arestor, was a primordial giant whose epithet "Panoptes", "all-seeing", led to his being described with multiple, often one hundred, eYes. The epithet Panoptes was applied to the Titan of the Sun, Helios, and was taken up as an epithet by Zeus, Zeus Panoptes. "In a way," Walter Burkert observes, "the power and order of Argos the city are embodied in Argos the neatherd, lord of the herd and lord of the land, whose name itself is the name of the land."

The epithet Panoptes, reflecting his mythic role, set by Hera as a very effective watchman of Io, was described in a fragment of a lost poem Aigimios, attributed to Hesiod[3]

"And set a watcher upon her, great and strong Argos, who with four eYes looks every way. And the goddess stirred in him unwearying strength: sleep never fell upon his eYes; but he kept sure watch always."

In the fifth century and later, Argus' wakeful alertness was explained for an increasingly literal culture as his having so many eYes that only a few of the eYes would sleep at a time: there were always eYes still awake. In the second century CE Pausanias noted at Argos, in the temple of Zeus Larissaios, an archaic image of Zeus with a third eye in the center of his forehead, allegedly Priam's Zeus Herkeios purloined from Troy. According to Ovid, to commemorate her faithful watchman, Hera had the hundred eYes of Argus preserved forever, in a peacock's tail.

Argus, the neatherd, dozes off: Velasquez renders the theme of stealth and murder in modern dress, 1659 (Prado)

Argus was Hera's servant. His great service to the Olympian pantheon was to slay the chthonic serpent-legged monster Echidna as she slept in her cave. Hera's defining task for Argus was to guard the white heifer Io from Zeus, keeping her chained to the sacred olive tree at the Argive Heraion. She charged him to "Tether this cow safely to an olive-tree at Nemea". Hera knew that the heifer was in reality Io, one of the many nymphs Zeus was coupling with to establish a new order. To free Io, Zeus had Argus slain by Hermes. Hermes, disguised as a shepherd, first put all of Argus's eYes asleep with spoken charms, then slew him by hitting him with a stone, the first stain of bloodshed among the new generation of gods.

The myth makes the closest connection of Argos, the neatherd, with the bull. In the Library of pseudo-Apollodorus, "Argos killed the bull that ravaged Arcadia, then clothed himself in its skin."

The sacrifice of Argos liberated Io to wander the earth distracted by a gadfly sent by Hera.