"As the dark towers rise out the mist, you suddenly realize that you have found Chug's Hideout, the legendary smuggler's base.

Ships once started from here to run the blockade around the Restricted Calypso Economic Zone.

The mission is completed as soon as Chug's Hideout is discovered, and offers no other reward than the discovery of the location.

There is no skill reward for this mission. 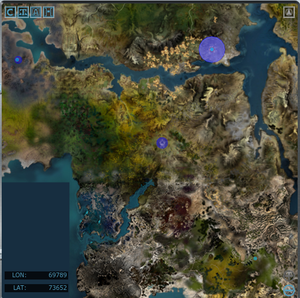 .The map with Chug's Hideout in the dead center. The TP to the upper right is Zychion Citadel.