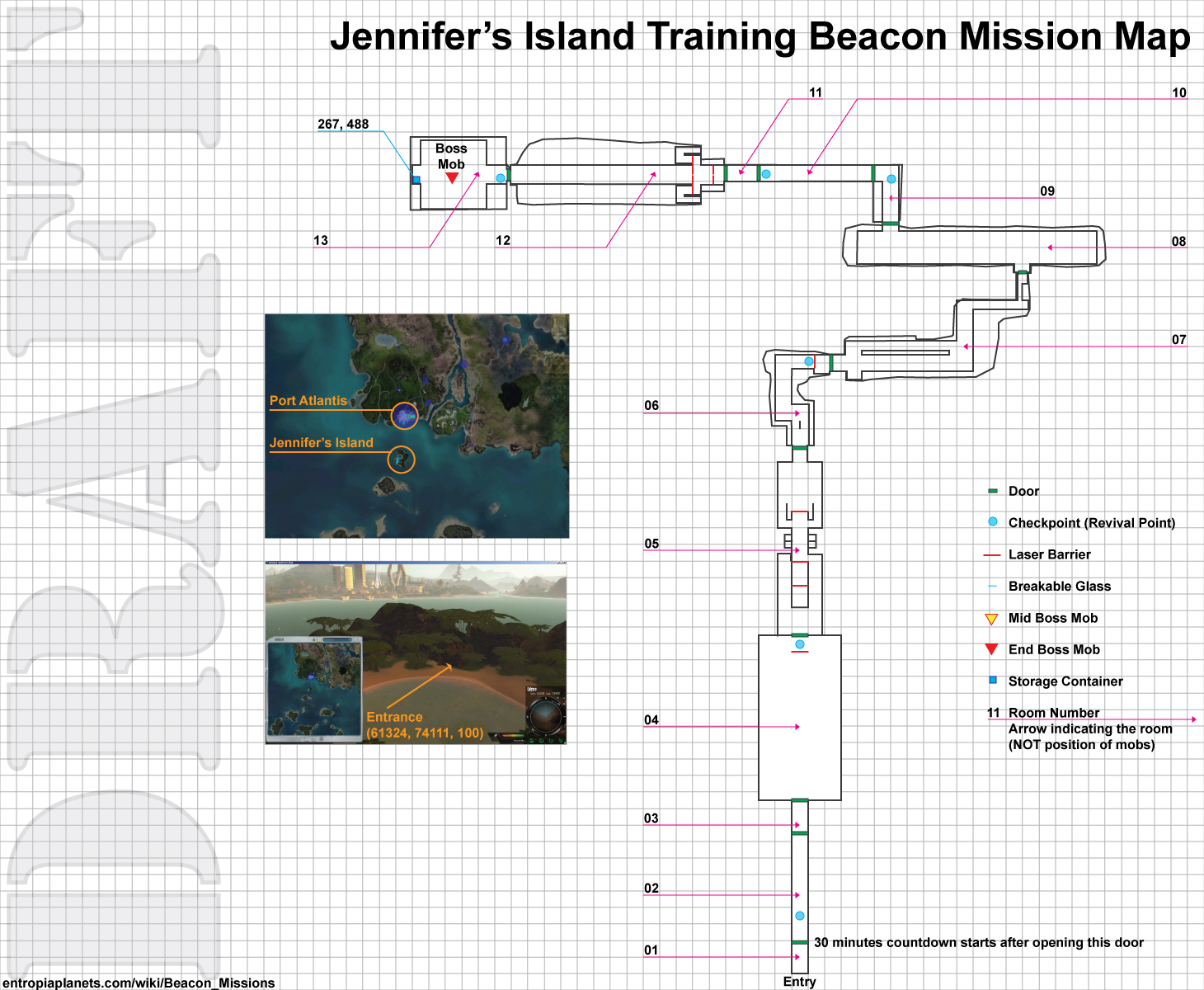 This instance originally was started on Jennifer's Island in the sea south of Port Atlantis at (61324, 74171, 100) where the crashed robot spaceship was serving as an entrance to the instance/beacon mission suitable for low level players and training. For a long time there was no beacon required to enter the instance.