This page is providing information about the in-game object Asteroid, also refered to as "F.O.M.A. - Fortuna." It has been as "Club NEVERDIE" for a long time. For more general information like the sales 2005 and 2010, interviews, articles, videos, etc. please refer to About Club NEVERDIE.

Although orbiting around Calypso the asteroid space resort (as well as Crystal Palace Space Station) is technically dealt with like a planet of its own. This means:

Pre-VU 10.0 travelling to CND was only possible by spaceships. Players owning hangars offered their service to fly other players between CND and Calypso for fees. Usually you met those 'pilots' in Twin Peaks and a common fare was 20 PED one way. A spaceship had 4 seats for travellers and started and landed from its hangar planet-side and the docking stations on CND. After VU 10.0 the piloting system has not been re-implemented yet but is expected to be back "before the end of the year."(to-do:ref)


The interim solution replacing spacetravel is plain teleporting. Every teleporter in Entropia Universe supports this option. Depending on where from or to you want to teleport there are different teleportation fees.


With the upcoming implementation of the Vehicle System we might see spacetravel by manually controlled spaceships (threatend by Space Pirates). There are several statements by EU officials supporting this assumption(to-do: ref) and also flying vehicles are a feature of CryEngine 2 - Entropia Universe's game engine.[1]

(This is an ImageMap. Move mouse arrow over the map to get more information. Click to browse to the page of a specific section.)

There are some creatures that can only be found on CND:

F.O.M.A Fortuna Shops Map
(This is an ImageMap. Move mouse arrow over the map to get more information. Click to browse to the page of a specific shop.) 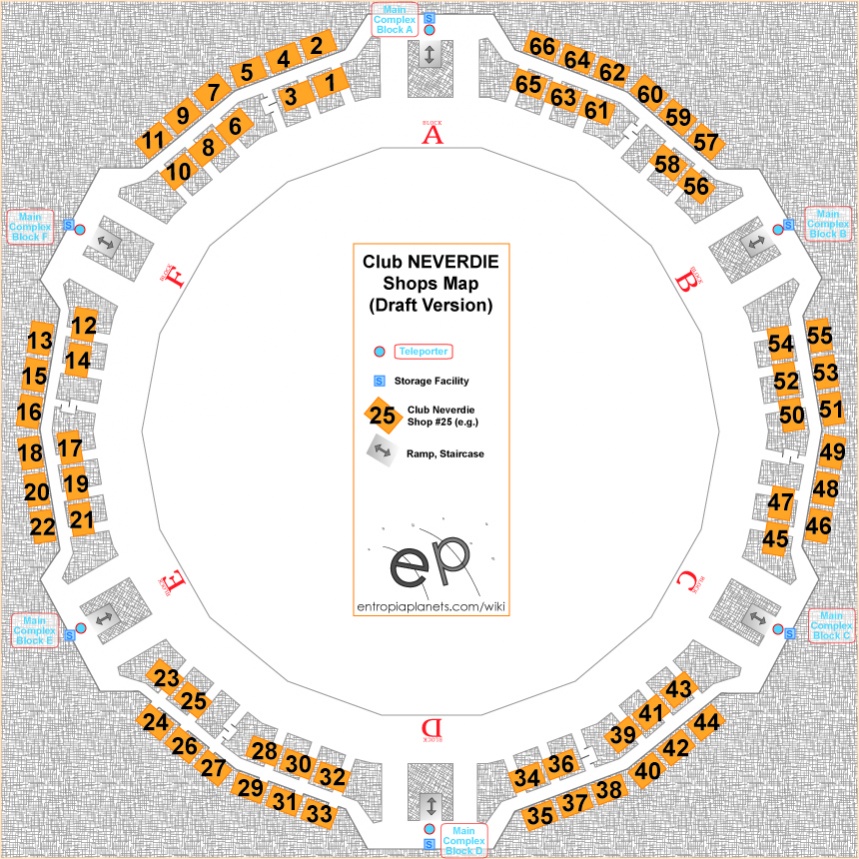 CND also had a disco pre-VU10. After VU10 it has not been re-implemented yet. The disco hosted several celebrations, one of which was the nobel prize party.[3]